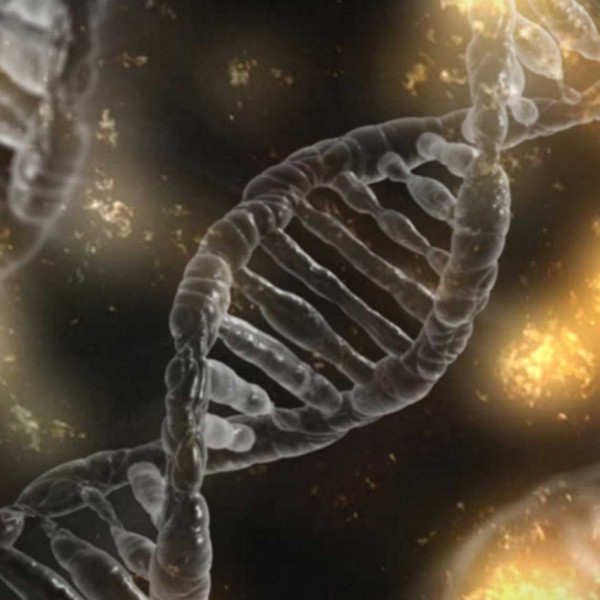 Less than 5% of all cases of Alzheimer’s, and perhaps even as low as 1%, are Early Onset Alzheimer’s Disease (EOAD), which is also referred to as early familial Alzheimer’s disease (eFAD), because there is a known hereditary component. Mutations in one of three genes – presenilin 1 (PSEN1), presenilin 2 (PSEN2) and APP (amyloid precursor protein), which are all part of the biological pathway within our cells that leads to the creation of too much amyloid beta (one of the key hallmark proteins associated with Alzheimer’s), which greatly increases the risk of EOAD.

With as few as 1% of cases of Alzheimer’s being early onset and with a known genetic risk factor, this leaves up to 99% of all other cases being sporadic, which means there is no definite genetic risk but rather a combination of genetics, environmental and lifestyle factors. We do know that a mutation in another gene called APoE, is thought to increase the risk of Alzheimer’s, by again increasing the production of amyloid beta.

Much research effort in Alzheimer’s is focused on trying to identify the genetic risk factor for late-onset Alzheimer’s disease (LOAD) and their role in the process of neurodegeneration and spread of the pathology in the brain. Recently, large genome-wide association studies (GWAS) of Alzheimer’s cases, which are observational studies of a set of genetic variation across the whole genome of these individual Alzheimer’s cases to determine whether these variants are associated with LOAD, have identified a number of new genetic risk factors. The genetic evidence implicates our immune system response and cholesterol metabolism as primary drivers of the process of LOAD, which suggests they may be suitable targets for novel and existing therapeutic approaches.

These big data sets of genetic information and improving technologies to mine the data continue to reveal new Alzheimer’s risk genes and increase our chances of finding intervention strategies.

The following are a small handful of papers to browse at your leisure that give a good overview of the genetics of Alzheimer’s and recent research being carried out to determine new Alzheimer’s risk genes:

While genes are the critical blueprint for building and maintaining our bodies, they are not completely fixed– unless we have a genetic mutation in a specific gene, such as the case with Huntington’s disease. Their effects (or “expression” as we scientists like to call it) is not inevitable. We now know there is another layer on top of our genetic code, called the ‘epigenome’, that controls when and how our genes are switched on or off.

Two of the main controlling factors of our epigenome are environmental and lifestyle. In other words, the way we choose to live our lives does have an effect on our health, and in the case of Alzheimer’s, certain things can indirectly lower or raise our chances of developing the disease. Smoking for example is a known risk factor.

You can start making the following healthy lifestyle choices now to lower your risk:

The Alzheimer’s Society has put together an excellent brochure that outlines helpful ways to reduce your dementia risk. Download your free copy now.
What about cardiovascular disease is a risk factor?Main page on Alzheimer’s Risk Factors